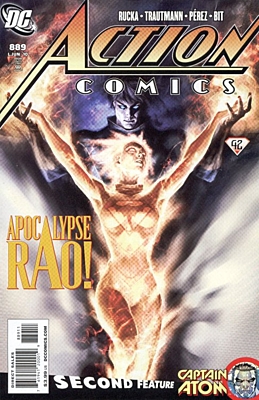 With the fate of both New Krypton and Earth weighing on their young shoulders, are Nightwing and Flamebird prepared to make the ultimate sacrifice? And in the co-feature, Captain Atom has managed to find a way back to Mirabai's world, intent on confronting the woman who made him a tool of destruction - but what stunning revelation awaits him there?