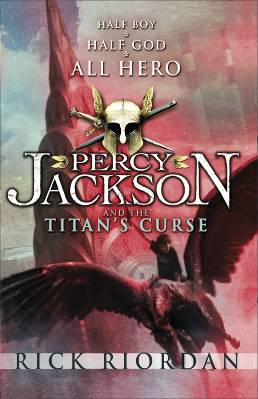 It's not every day you find yourself in hand-to-claw combat with a half-lion, half-human.

But when you're the son of a Greek god, these things happen. All I was trying to do was bring two new demigods back to camp. But the arrival of the manticore changed everything. Now my friend Annabeth is missing, a goddess is in chains and the general of the Titans wants to unleash a tribe of skeleton warriors on the world.

This is the one where only five of us heroes can join the dangerous quest to defeat the doomsday monster - and our camp's Oracle has predicted that not all of the chosen five will survive...

Can Percy save Annabeth - and the rest of the world - before the curse destroys him forever?