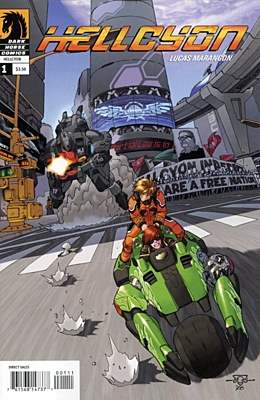 Halcyon is a savage, unpredictable, brutal place. For some, it's just another backwater world colonized and exploited for its resources. For others, it's home. For decades the settlers of this aberrant moon have lived and worked like slaves, but now a new generation has decided that it's time for independence. Amidst this struggle, cadet Nika McKay returns to his home colony after a decade on Earth in order to search for his true identity. What he finds instead is a young nation on the verge of a civil war. An all-new adventure from Star Wars artist Lucas Marangon