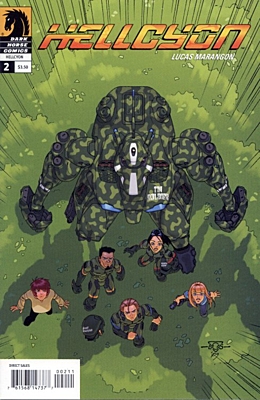 Halcyon is a savage, unpredictable, brutal place. For decades the settlers of this aberrant moon have lived and worked like slaves, but now a new generation has decided that it's time for independence. As chaos reigns in the streets of Port Progress, Bliss, Lucia, Mani, Izquierdo, and Nika-the last survivors of the students' massacre-manage to escape the capital city of Halcyon. But soon they find themselves face to face with the raging fury of the moon itself. Out of supplies, the five teens must decide whether to surrender or become a team and fight back! An all-new adventure from Star Wars artist Lucas Marangon!