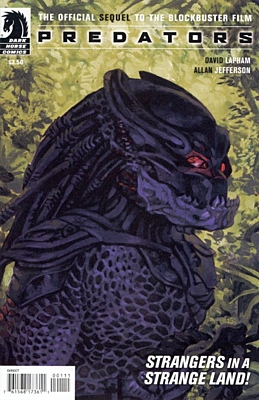 Surviving Life
Set a few weeks after the climax of Robert Rodriguez's Predators film, the remaining survivors still struggle to find some existence on the alien planet where they are hunted. Hope of outlasting the alien hunters still lives; they have a plan to get away, and they just might be able to pull it off! o David Lapham (Stray Bullets, Young Liars) writes the sequel to Robert Rodriguez's Predators! The sequel to this summer's most anticipated film!