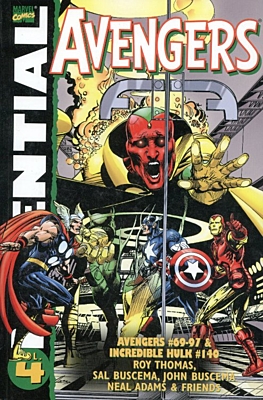 Comics (EN) knihy
006394
Marvel
EN - Avengers
Skladem
489 Kč
Witness the triumphant travels of Earth's Mightiest Heroes through time, space and other dimensions - fighting the armies of two galaxies, and the heroes of other worlds and yesteryear, with stopovers in criminal territory from New York to the Southwest! Villains from street-level to cosmic! Kang and the Grandmaster! The Zodiac and the Sons of the Serpent! Arkon! The Grim Reaper and his Lethal Legion! The origin of the Black Panther! The Hulk shrunk to the size of an atom! And, believe it or not, more! Cross-Earth, wartime and western adventure! The Kree-Skrull War in its entirety! Also featuring the Invaders, the Squadron Supreme, the Red Wolf and Captain Mar-vell!