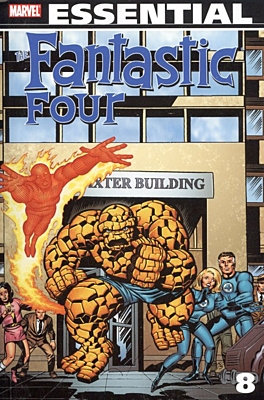 With works by fan favorites such as Roy Thomas, John Buscema and Gerge Pérez, the Fantastic Four embark on some of their craziest adventures yet! Our heroes battle alternate versions of themselves across the dimensions, fight alongside the Invaders and the Liberty Legion during World War II, and team up with multimple allies to aid in their adventures - including Power Man, the Impossible Man, the Hulk, Thundra and Tigra! Also featuring some of the Fantastic Four's greatest foes - such as the Frightful Four, the Brute, Annihilus, Torgo, Gorrthe Golden Gorilla, the Puppet Master and the Mad Thinker! Plus: the High Evolutionary vs. Galactus, with his new herald, the Asgardian Destroyer! And the first modern-age appearance of Marvel Boy, future member of the Angets of Atlas!