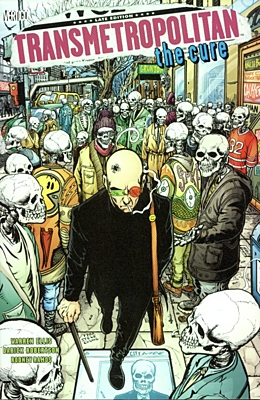 Things are bad for outlaw journalist Spider Jerusalem. He's lost his job, his apartment, and his insurance, and he's being hunted by professional assassins paid for by the President of the United States. On top of that, he's just been diagnosed with an untreatable brain infection that will most likely turn him into a drooling vegetable within a year - a state he's not too keen on achieving involuntarily.

But Spider Jerusalem still has a smile on his face and a song in his heart - a nasty, grating tune that soothes his troubled brow and makes him dance a little jig. Why? Because he and his filthy assistants have picked up th trail of corruption that the President has left behind. Because the loose ends of murder and deceit are about to get tied together. And because he's got the truth on his side and nothing left to lose.