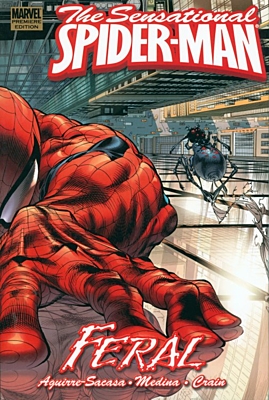 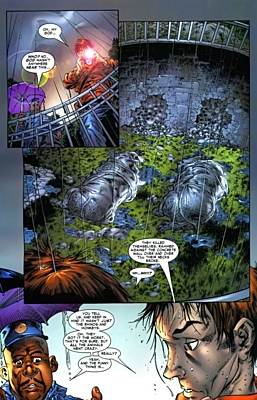 Scott Hanna, Clayton Crain, Roberto Aquirre-Sacasa, Angel Medina
Comics (EN) knihy
005648
Marvel
EN - Spider-Man
Skladem
359 Kč
Strange changes are coming over Spidey's animalistic foes - including Dr. Curt Connors, John Jameson and Felicia Hardy - awakening the beast that dwells within them all. Sure, Spidey's beaten the Lizard, Man-Wolf and the Black Cat before, but they've never been more vicious than they are now!

Eight million people call New York City home. To guard against those who gained super-powers and turned against their fellow men, other super-powered individuals arose as defenders of the city, to cage the lawbreakers until they relearned to once more live with their fellow citizen i peace.

In the years since Peter Parker was first bitten by the radioactive spider, he has defended his home city as the spectacular Spider-Man, fighting against those who would ruthlessly injure others while pursuing their own goals. Some of his rogues gallery have been both friend and foe to Spidey. Among them are former astronaut John Jameson, transformed by an alien lifestone into the fearsome Man-Wolf; scientist Curt Connors, whose quest to regrow his severed arm mutated him - and later his son, Billy - into the savage Lizard; and sometime thief Felicia Hardy, a.k.a. the Black Cat, Spidey's former lover and now his on-again, off-again ally.

But now something has happened to them, and to the rest of the Big Apple. Something or someone is slowly devolving them all into more primitive creatures, and those who have animalistic powers - like Spider-Man, Man-Wolf, the Lizard and Black Cat - are transforming into savage caricatures of their former selves. Can Spidey find the person or object responsible before he and his friends lose their humanity - and possibly their lives - forever?